A morning meeting in Mountain View with the fabulous Courseran, Cat Richter. Over coffee and a tart we schemed the future of scaled degrees. Watching the people go by, all I can say is that Mountain View is a strange world, indeed

I headed down the coast. It was beautiful but bumper to bumper, a string of cars trudging along the cliff side between 10 and 20 miles an hour. After 100 miles of shifting from first to second and back my left wrist was shot. Right wrist followed soon after.

Some time after Big Sur, traffic opened up and I got to grips with this lane splitting business. It’s an utterly ruthless, take-no-prisoners, make no apologies, expect no quarter, duel of dominance played out like a seventies video arcade game in real life. Focus, focus… rev and force the cars to make a hole… focus, focus… watch the front tires indicate a lane shift… focus, focus…. brakes light up? Hit the gas and ride the line. I thought I was getting by okay at 50, until I watched some guy ride it out to 90. I thought Colorado bred good riders but that was humbling. Again, California is another world.

I arrived in Hollywood just before eight. Helen made me a delicious vegan dinner. But fleas have descended everywhere so we headed off to a motel. Tomorrow we will make a plan. 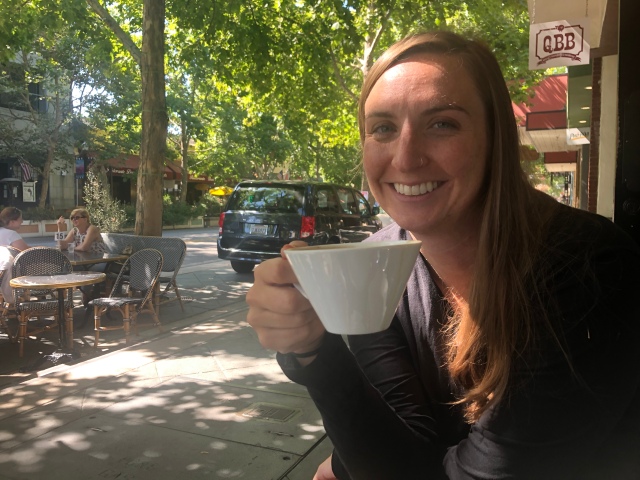 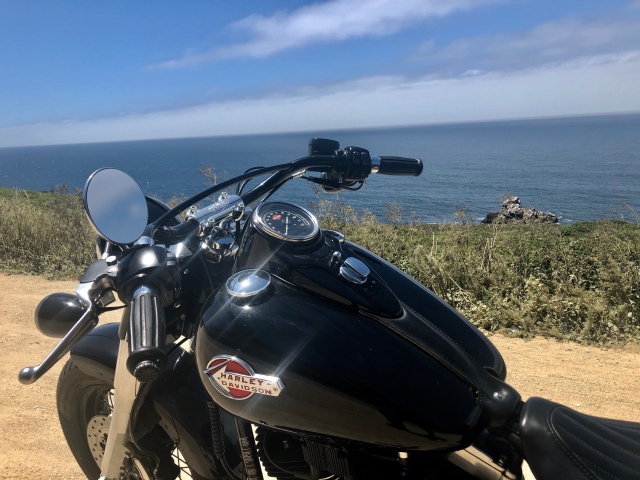